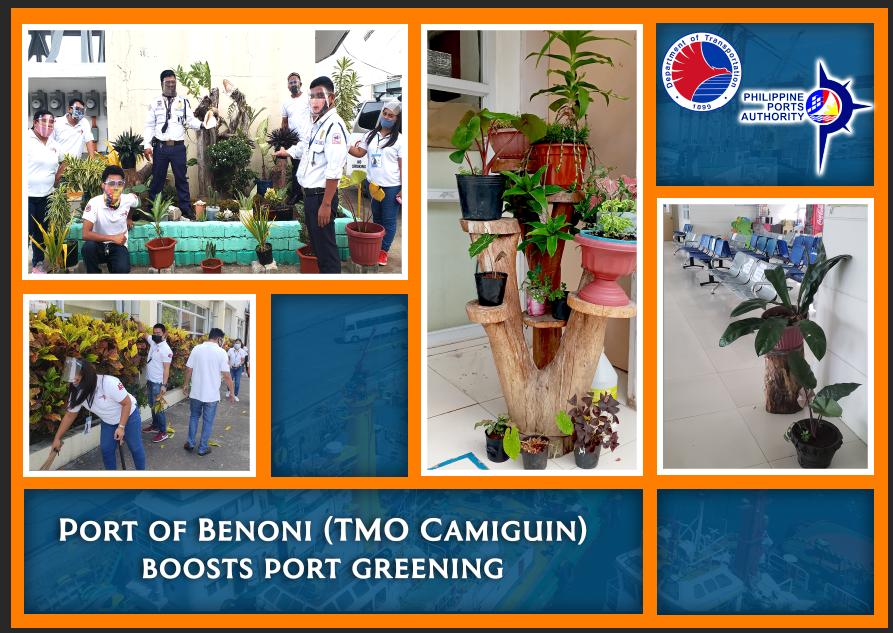 Through the active involvement of all its port employees including the security personnel, the Terminal Management Office (TMO) of Camiguin that manages the Ports of Benoni, Balbagon and Guinsiliban, stepped up its initiatives in enhancing the ports milieu towards greener and eco-friendly port terminals.

The TMO Camiguin headed by TMO Manager Priscilla B. Curilan, has embellished the ports and their Office in the Port of Benoni with ornamental plants displayed in used and empty gallons of liquid supplies that were painted and converted into flowerpots. In addition thereto, the personnel themselves contributed various kinds of green plants from their own home gardens. Some security personnel who are actively doing gardening in their homes, provided supply of fertile garden soil.

TMO Manager Curilan informed that they have also collected some other species of ornamental plants from the neighboring barangays whose residents started to sell plants for additional income.

The personnel also conducted trimming of the existing plants and weeding of dead leaves and unwanted grasses.

The TMO begun this port greening initiatives in 2017, utilizing used blocks from the repair and concreting of port facilities for plant pots and garden. However, due to the harsh weather conditions such as extreme heat and strong winds that bring salty particles from the sea which can cause deterioration of plants, only few plants survived. At the onset of the third quarter this year, as the weather becomes cold, bringing rains from time to time, the TMO is hoping that the plants will thrive. 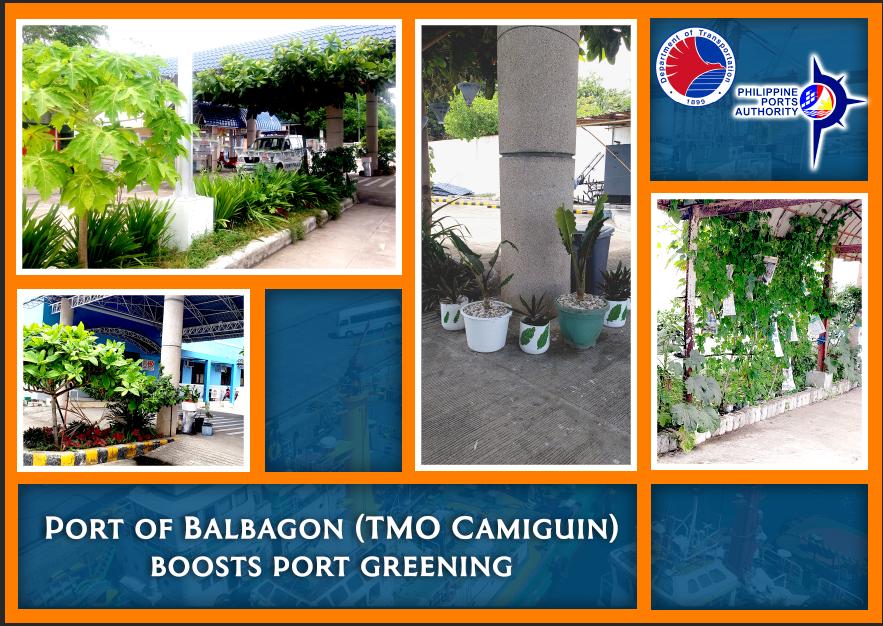