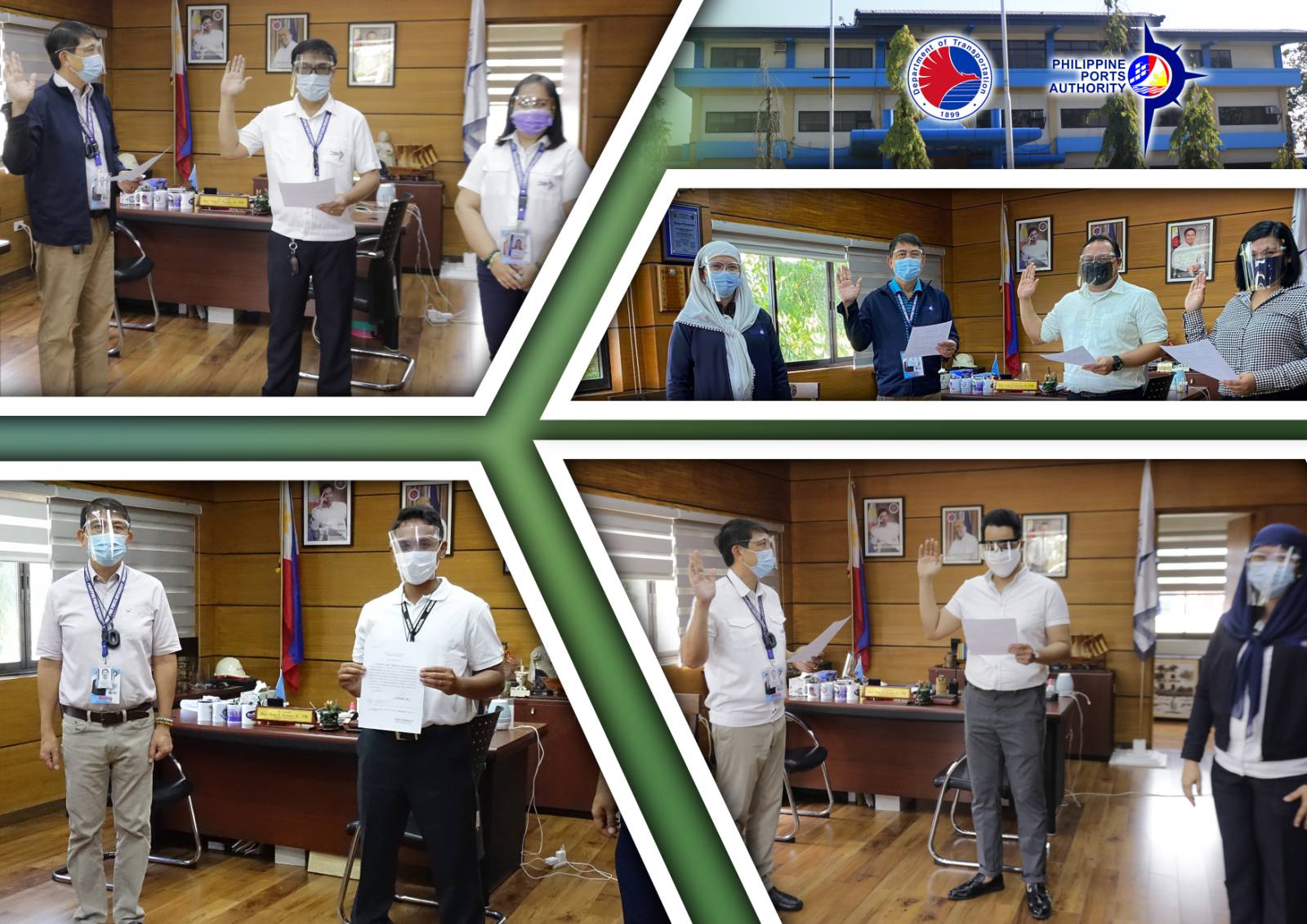 Four (4) additional personnel joined the roster of regular employees of the Port Management Office of Misamis Oriental/Cagayan de Oro (PMO MO/C) within the first quarter of 2021.

The Finance Division welcomed Mr. Neil Jordan A. Paña and Ms. Irene Tita Q. Saturgo, both appointed as Cashier B. They took oath on 03 March 2021. They were later joined by Mr. John Alexis R. Babano, the new PMO’s Corporate Accountant who took the oath of Office on 12 April 2021. 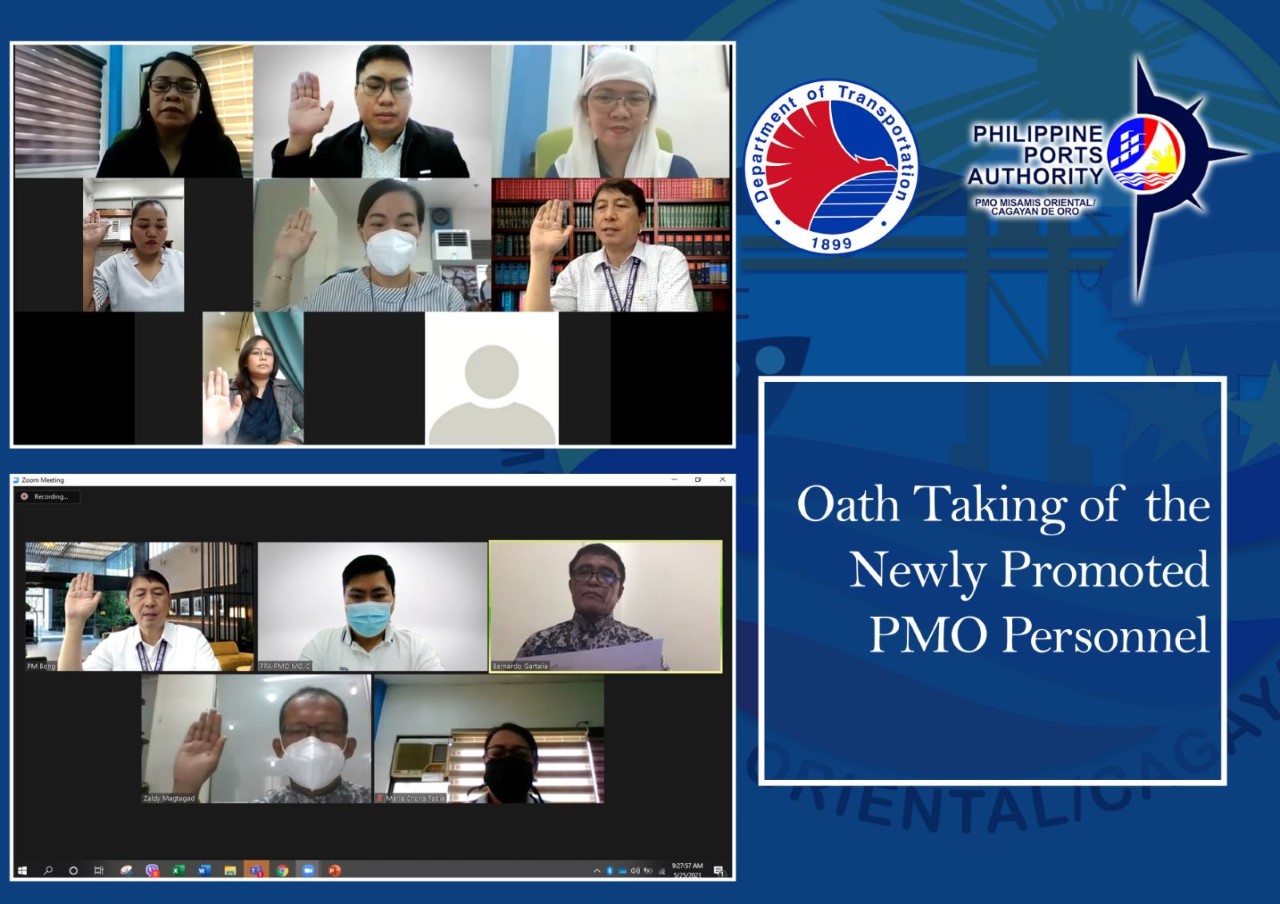 The Port Services Division, on the other hand, lauded the promotion of its personnel, Mr. Cyrus P. Dagbay to Senior Terminal Operations Officer. Likewise, the Administrative Division had two (2) newly-promoted personnel, Mr. Emiliano Aivo III Ramos and Ms. Sobie Cabanlet, both for the position of Human Resource Management Officer II; Finance Division with the promotion of Ms. Jurylie A. Pacturan to  Cashier A, and Ms. Portia Daayata to Cashier B; and Port Police Division with Mr. Zaldy E. Magtagad as the new Chief Civil Security Officer.

Oath taking of the newly promoted personnel were conducted virtually on 14 May 2021.

The PMO specially thanked the PPA Top Management for the continuous support for PMO MO/C through the opening of the needed job positions and the subsequent appointment of new personnel to augment the manpower complement of the PMO towards the aim of improving and intensifying the efficiency in the delivery of services for the port stakeholders.