The celebration of the Maritime Week is in consonance with Circular No.1884 of the United Nations International Maritime Organization (IMO) mandating the celebration of the World Maritime Day every last week of September of the year, and the national Proclamation No. 1094, that both aim to recognize the important contribution of the seafarers to the economic development.

This year’s week-long celebration was packed with activities for environmental conservation, maritime-related symposia, security drills, friendship games, among others. Before the official opening of the celebration, the maritime community participated in the International Coastal Clean-up on 21 September. Participants laboriously collected garbage within their assigned area along the coastal area in Barangay Puntod, Cagayan de Oro.

Highlights of the official opening on 23 September 2019 at the New Passenger Terminal Building (PTB), of the Port of Cagayan de Oro included the simultaneous blowing of ships’ horn, Eucharistic Celebration led by Archbishop Antonio J. Ledesma, SJ, floral offering at the dockside, and the Opening Program where the candidates for the Mr. & Ms. Maritime 2019 were presented. To imbibe positive energy and camaraderie amongst members of the maritime community, a delectable boodle fight lunch was served by the PMO to gear up everyone for the week-long series of activities.

The most anticipated event, the Simulation Exercise (SimEx), was conducted on 24 September in collaboration with the Philippine Coast Guard, PNP Maritime Police, MARINA, port stakeholders and other concerned maritime and law enforcement agencies. The SimEx included the Hostage Taking, Water Search & Rescue, Fire Fighting at Sea and Oil Spill. The simulation exercise on hostage taking was conducted in the new PTB which was participated by the students from maritime schools. The drill was evaluated by the Office of the Civil Defense (OCD), National Intelligence Coordinating Agency (NICA), Aviation Security Unit (AvSeU), and the implementing agencies.

Through SimEx, members of the Maritime Community would be able to check and test the effectiveness of the Incident Command System (ICS) management and skills, Standard Operating Procedures of the respective response units, inter-agency collaboration, and readiness of response facilities in times of terrorist attacks and other forms of emergencies.

In the afternoon of the same day, the PMO held a series of forum on environmental awareness, Contribution of Women in the Maritime Sector, water safety, first aid, and anti-human trafficking in person.

The Capitol University simultaneously held a Bloodletting activity in their campus.

Shipping lines and the PCG organized the 3-day Open Ship and Free Tour at the McArthur Marker (24-26 September) for all invited maritime schools and other guests.

The day was capped with a championship 4-setter thrilling win of PPA-MOC in volleyball game (mixed category) over the team from the Bureau of Fisheries and Aquatic Resources (BFAR).

The third day of the celebration started with a training on RA 7277 “Magna Carta for Disabled Persons” among port stakeholders to provide them the necessary knowledge on the proper handling of Persons with Disabilities (PWDs) for them to enjoy similar comforts afforded to ordinary passengers. Dr. Enrique Ampo, Executive Director – Handicapped’s Anchored in Christ, Inc. a handicapped himself, was the resource person for the said forum.

Simultaneously, a Poster Making Contest was organized at the new PTB in partnership with Pilipinas Shell Petroleum Corporation and Stella Maris- Apostleship of the Sea. Grades 9 to 12 students from Puntod and Macabalan National High Schools, and students whose parents are seafarers or porters of the Port of Cagayan de Oro came to join the said competition. There was a total of 27 entries under the theme, “Environmental Protection: A call to Educational and Cultural Challenge.” The said activity is also in furtherance of the PMO’s green culture originally focused on port operations and management. But with the emerging focus on the environment, the PMO has rigorously reached out to its nearby communities through the conduct of various fora and awareness activities to inculcate environmental consciousness among the stakeholders.

At the Capitol University, a Maritime Summit, a round table discussion with the Maritime Industry and Government Sector was initiated by the PMO MOC, MARINA, and PCG.

In ardent commitment for environment protection, two major environmental activities filled the 26 September: “Scubasurero” or the underdeck garbage collection in Tubahon, Laguindingan co-chaired by the PCG; and the Mangrove Planting in Taytay, El Salvador City organized by the maritime schools in Cagayan de Oro where a total of 1,500 mangrove propagules were planted.

The celebration concluded with a closing program held also at the new PTB on 27 September. Awards and plaques of the Friendship Games were conferred to the winners during the program.

The community also looked forward to the glam of the Mr. & Ms. Maritime pageant. The Mr. Maritime title was won by Mr. Mark Dave Joven Alenton of the Philippine Liner Shipping Association (PLSA), while Ms. April Rose Gayrama of the Capitol University was crowned as Ms. Maritime 2019. The PMO-MOC’s representatives for the pageant, Mr. Zaldy Magtagad was the 1st runner-up and Ms. Ilynn Herrero was crowned as 2nd runner up and Darling of the Crowd.

Maritime Week hosting for 2020 was turned-over to MARINA. —by IMR Lam 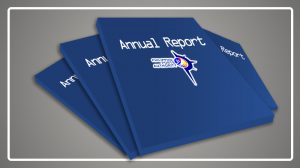